Well suited for athletes of any sport. 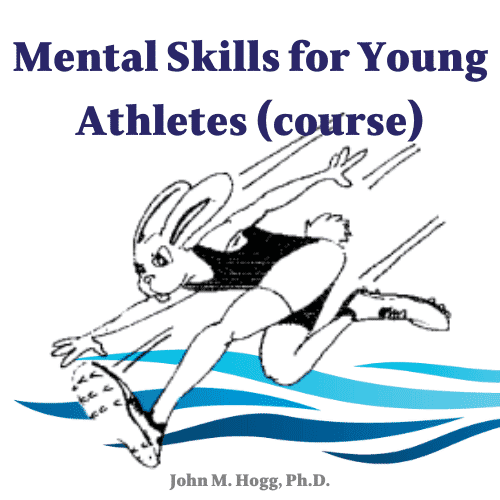 John Hogg is a unique blend of practitioner and scientist.

For many years he was a successful swimming coach at the club, university and international levels, training and guiding athletes to world class competition. Originally from Britain, John coached the Scottish National Team from 1968-74 and the British Women's Team from 1971-74. In 1974 he accepted an invitation to coach professionally at the Jasper Place Swim Club in Edmonton, one of Canada's premier clubs at the time. He was appointed coach to Canada's Olympic swim team in 1976 and coached national swim teams at major events from 1975-83.

In 1977 John became Head Swim Coach at the University of Alberta and worked with many successful teams over the next seventeen years. During this time he merged coaching with academic pursuits and earned a Masters Degree in 1978, followed by a Doctoral Degree in 1982 in Physical Education (sport psychology).

John has served on both the Education and the Sport Science Committees of Swimming Canada since 1978. He has acted as a Master Course Conductor in the theoretical and technical levels of the National Coaching Certification Program (level 1-5). He has been a mentor to many young coaches, authored five books related to competitive swimming, produced numerous swimming and coaching articles and is an accomplished motivational speaker. He has been a keynote speaker at international conferences all around the world. In 1988 he was invited to act as a Bicentennial Coach in Residence in Western Australia.

In 1983 he was appointed sport psychologist with the Canadian Swim Team and has served as a performance enhancement consultant through to the 1996 Olympic Games in Atlanta.
John has written books on mental skills training - Mental Skills for Competitive Swimmers (1995) a workbook to improve mental performance of athletes 13 years and over, and Mental Skills for Swim Coaches (1995), both published by Sport Excel Publishing Inc.
John currently teaches sport psychology and performance enhancement at both undergraduate and graduate levels in the capacity of Professor at the University of Alberta. 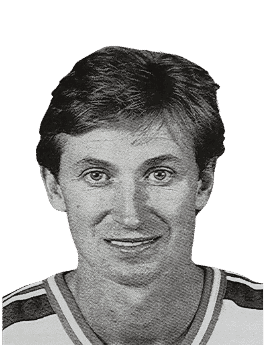 Becoming a great athlete is more than just the obvious. Naturally, you must spend a lot of hours working on your skills. One must be obviously technically sound, always in the best shape possible, and mentally prepared to perform at your best.

For some athletes the mental side of sports comes naturally. For others, countless hours of hard work go into mentally preparing for their sport. Especially at world class level, all athletes are on a pretty even playing field. I believe, the athletes that excel in top competitions are often the ones who are a bit stronger mentally.

John Hogg's book guides you through the best possible ways to strengthen your mental toughness. Discover something new to work on each time you read the book.

Insights from this book can be applied each time you play or practice your sport. Try to put these mental skills into place, and you’ll have a great start becoming a better and complete athlete.

Enjoy the journey to success. But most of all, work hard and have a lot of fun. 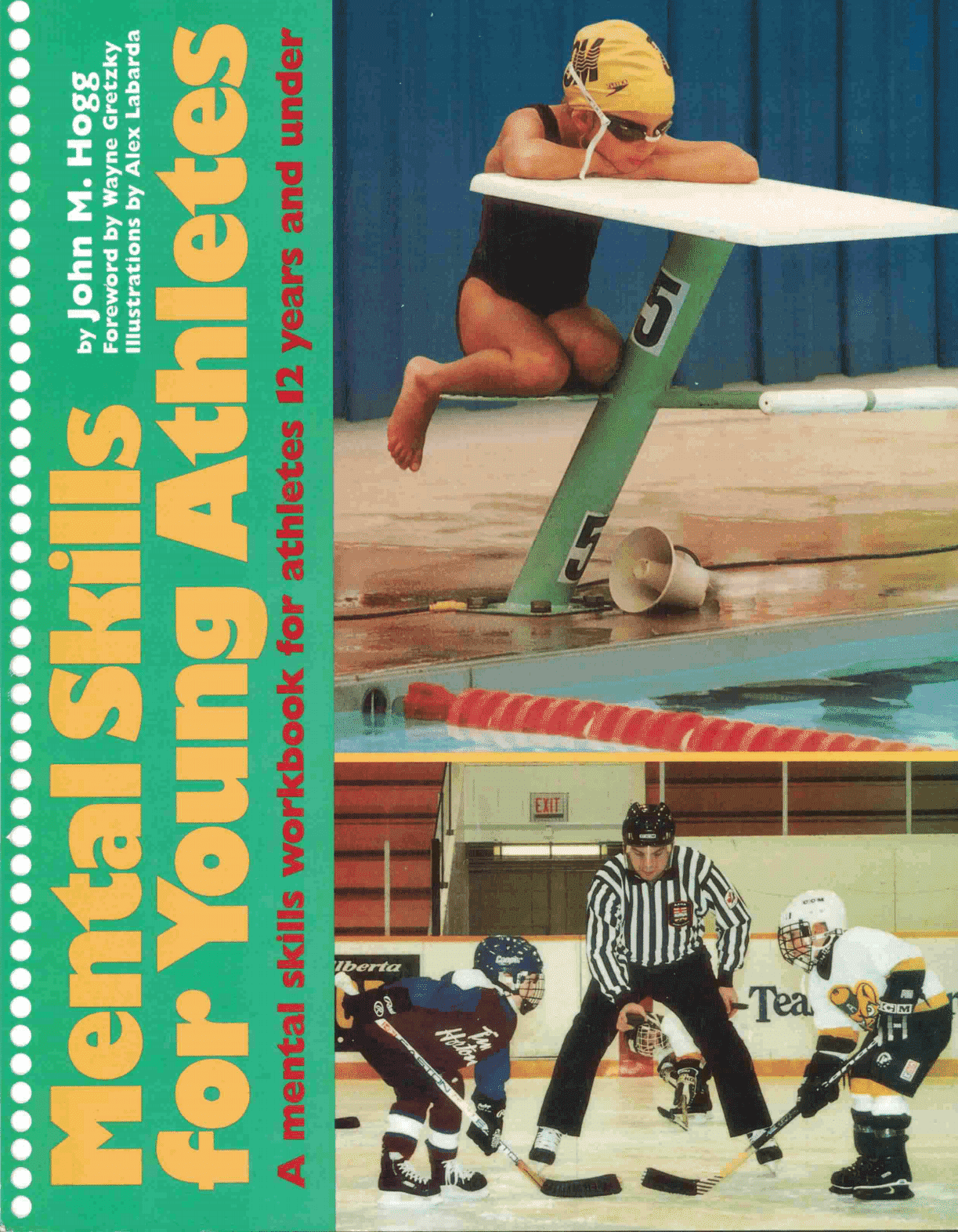 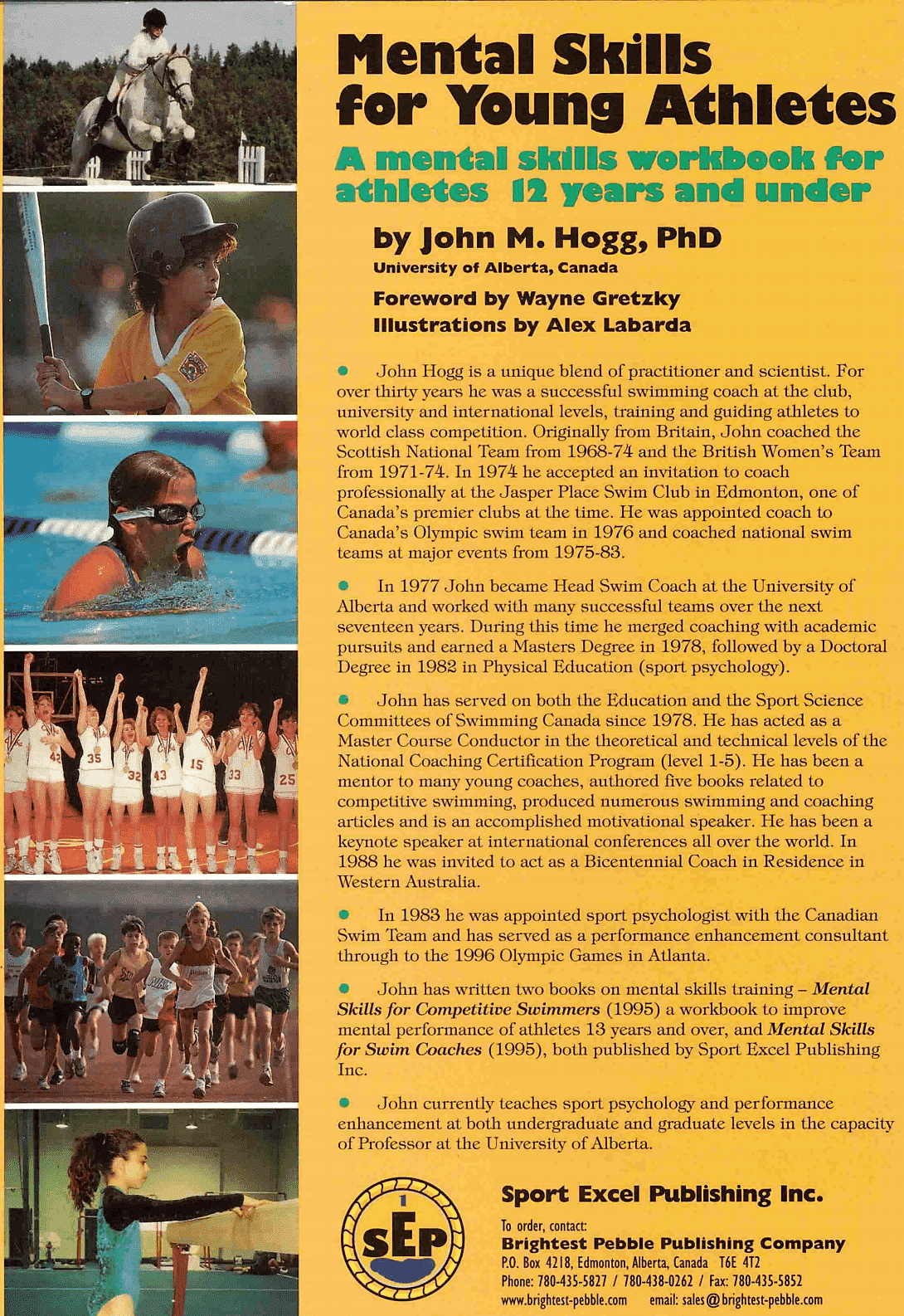 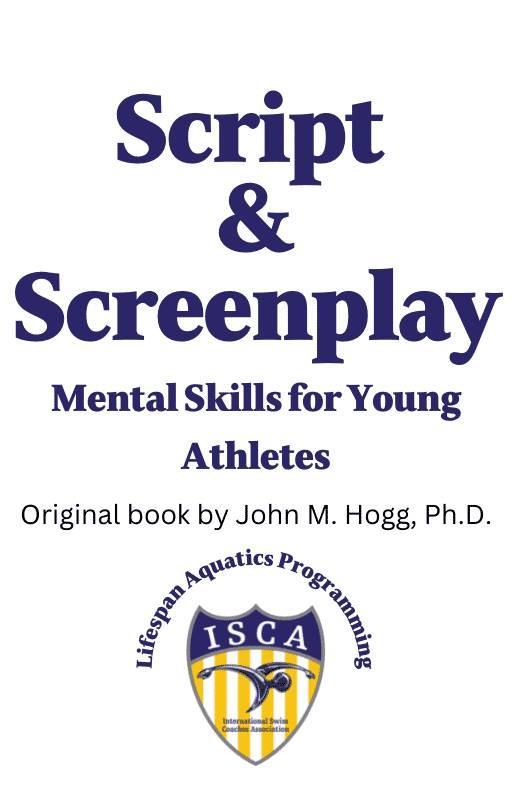 The Script & Screenplay ebook is an optional purchase to accompany the course.

The Script & Screenplay ebook helps coaches, teachers, group leaders and even team captains turn the story into a play or series of skits. Get a cast of characters among your students and have them follow along with the dialog and play-act the story.

The second section of the ebook is the director's cut that offers additional context beyond the spoken lines from the story.

I would like to thank most sincerely the many coaches and athletes who persuaded me to write this workbook while at the same time encouraging me with their thoughts, ideas and concerns. Hopefully, you will all feel an important part of these lessons.

My grateful thanks to:

the sport psychologists and performance enhancers who have positively influenced my thinking over the years and especially: Drs. Cal Botterill, Murray Smith, Graham Fishburne, and Brian Nielsen, for their invaluable feedback while preparing this text;

the many athletes who have been a source of knowledge and inspiration for me; and the many coaches who allowed me to work alongside them and their athletes;

the many students who have forced me to articulate my thoughts and ideas and especially: to graduate students Jennifer Beeger, Rebeccah Bornemann, Cheryl Cook, Mary McKlintock and Janet Tingley who helped on the initial project; to Janet Tingley for her willingness to test the program in an experimental setting; to Rebeccah Bornemann and Asha Menon for proofreading the text.

My appreciative thanks to Tony Duffy of The Sporting Image for his photographic advice and to Bob Daemorich (TSI), Walt Taylor, Stu Petersen, Dale McNeeley, Jit Baran and Photo Bauman for the use of their photographs.

My sincere thanks to one of the world's greatest and most respected athletes - Wayne Gretzky - not only for agreeing to write the foreword to this book, but for his belief in getting its message to young athletes as soon as possible.

My special thanks go to two people who contributed in a major way to the book. They are:

To contact John Hogg, use the form at https://LAP.SwimISCA.org.

For some time now I have been trying to find time to write this book for you. I really believe that the earlier you learn to improve the mental aspects of your performance the more likely you will be to reach your potential as a successful athlete, and the more satisfied you will be with your performance efforts. There is a tendency to separate the mind and the body. But the physical and the mental are interconnected. For a balanced performance you must try to develop the technical, physical, tactical and mental components together. However, I invite you to examine and reflect on the powers of your own mind and what great strengths you have hidden there. Remember to get to the next level of performance, it may be necessary to make some changes. Train your mind to be tougher, stronger, and more flexible. Set about making these changes right now.

Hopefully the content of this book will help you get to the next level. Read and reread its pages carefully, and perform the exercises diligently and patiently. This will help you sow the seeds in order for you to reap the obvious rewards later and especially when you are ready. Although the skills are presented in sequence you don't necessarily have to follow the suggested order. Rather work at what you feel you need now. Take charge and direct yourself. Discuss important points with your coach or parents and search the meaning of things for yourself. Persist with the tasks, use the lessons learned and include them into your daily training sessions.

Start the journey with our animal friends. Feel free to write or Email me to let me know how things are going. I know you can do a good job. I hope I have provided you with the opportunity to make a start on your mental skills training.

You can consider yourself successful if, after working at this program, you are more aware of the mental skills, know when and how to use them, and are actually using them both in sport and in life. This investment in time will provide you with greater performance satisfaction. Finally, here is a challenge for you. Write a story about a mental skill you feel is important using our animal friends by way of illustration. Then be sure to send it to me. Good luck in your future performances.

The actors in the scripted parts of these lessons are cartoon animals. The actors have various names, strengths, weaknesses and prime pursuits in the sports world. 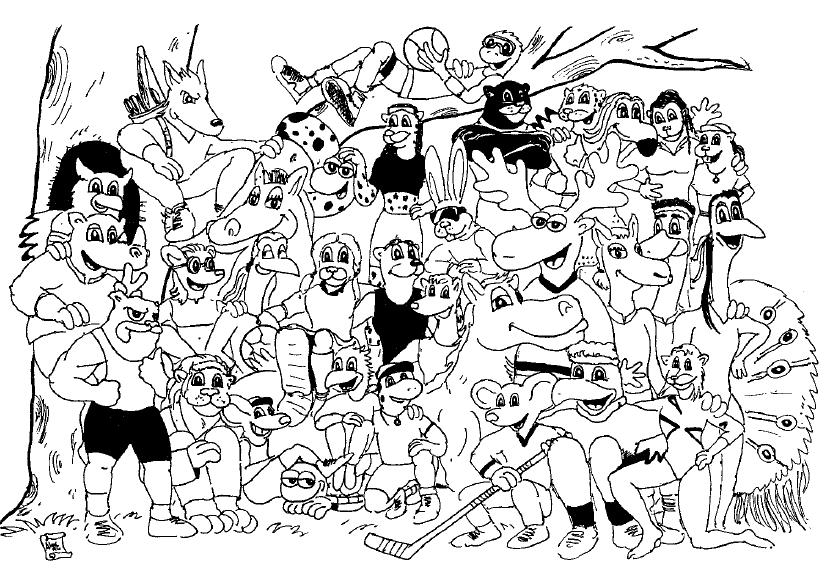 Group photo from the cast of characters in John Hogg's mental training experience.

Mental skills story and lessons for athletes of any sport, especially those age 12 years and under