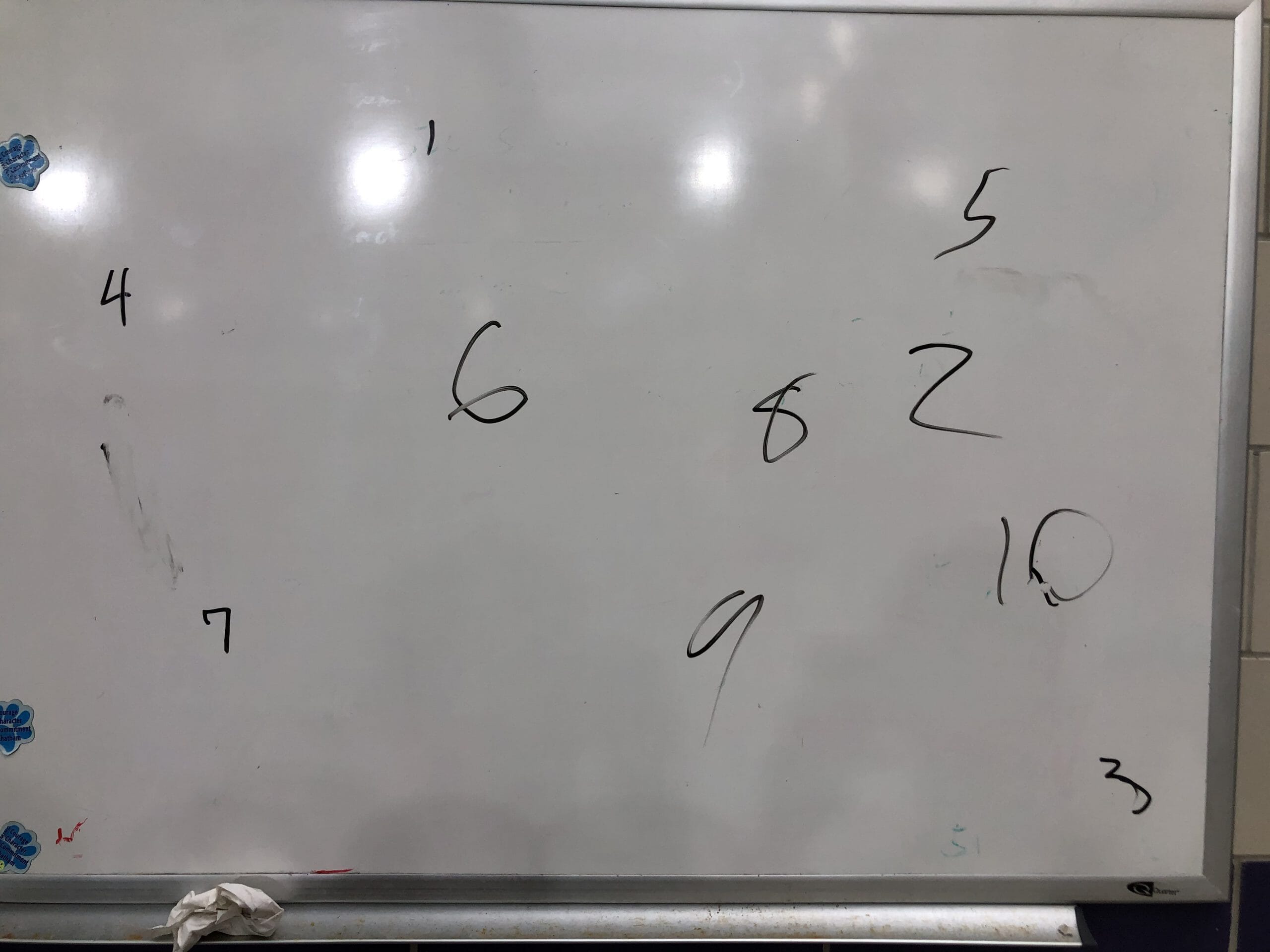 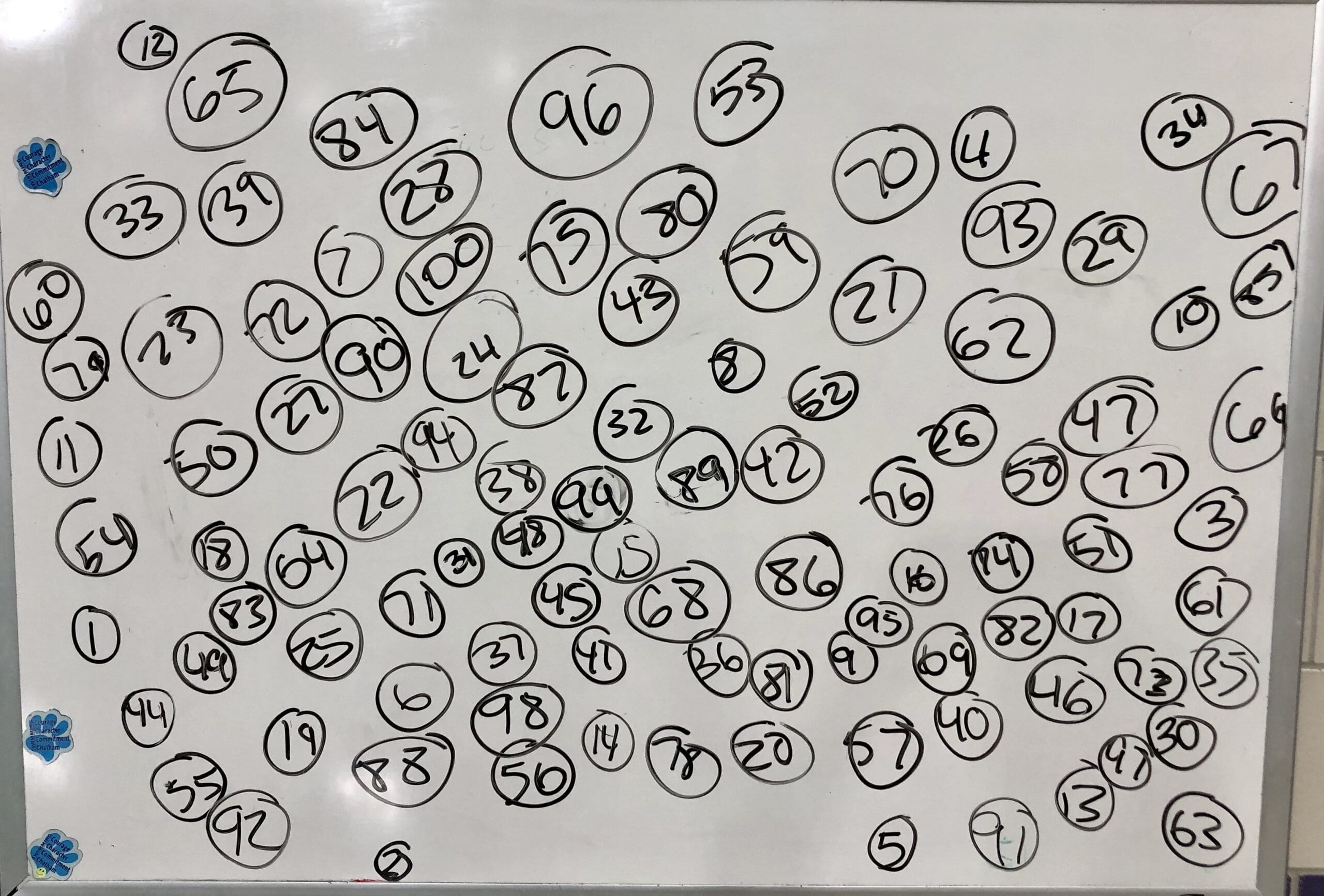 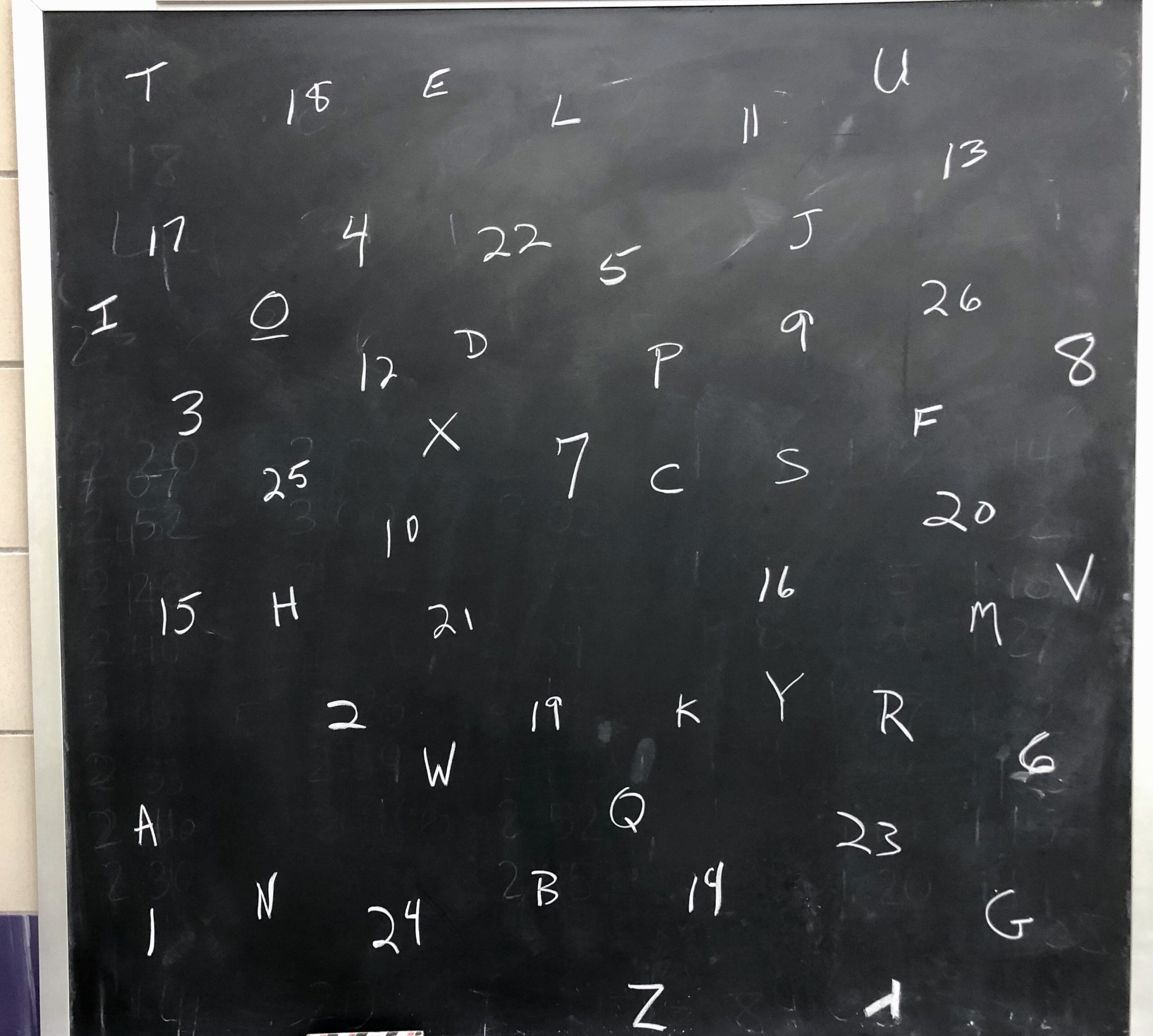 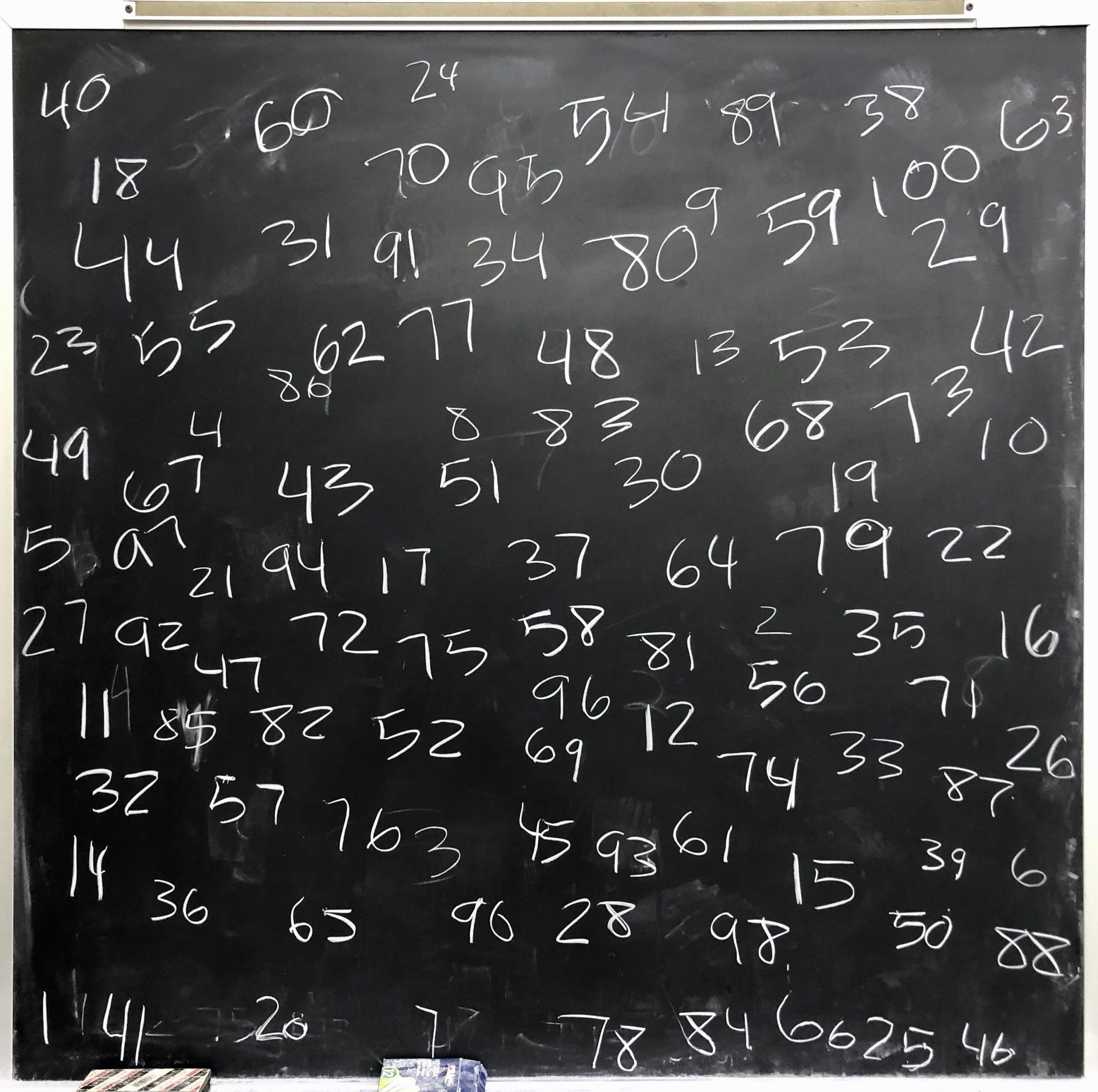 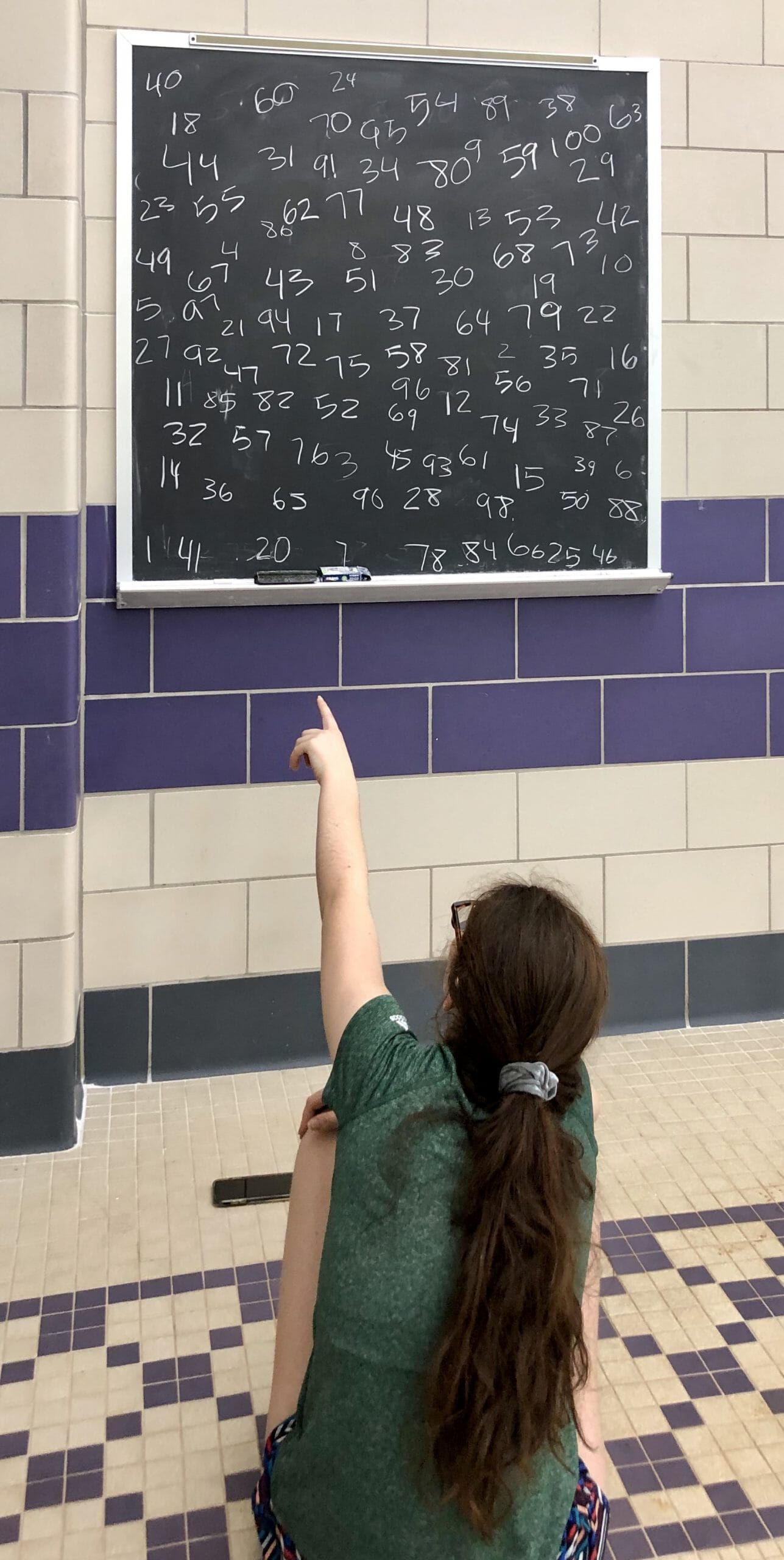 She wrote the numbers and then played the concentration game, pointing to each of the numbers. 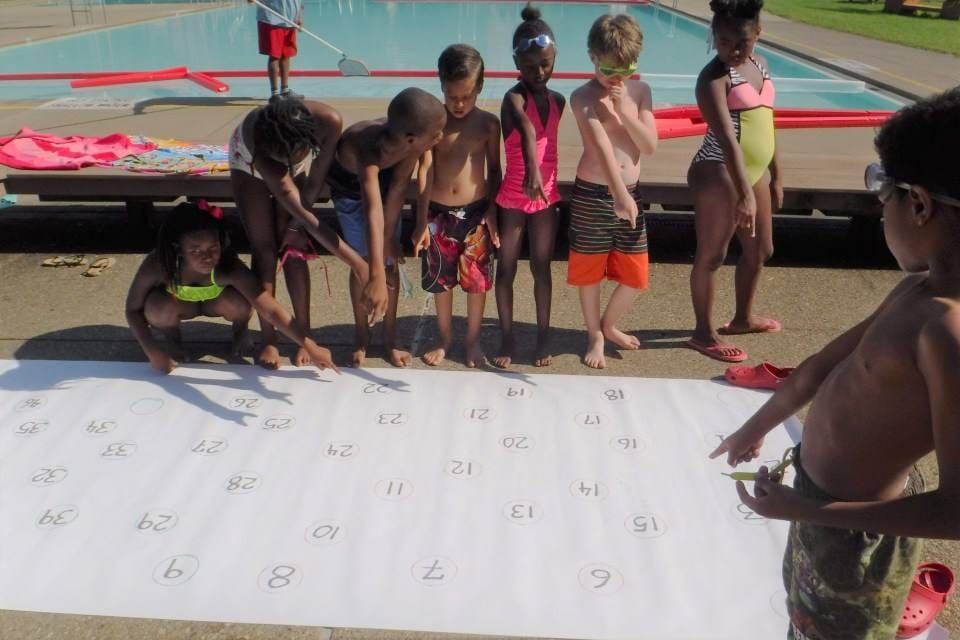 Works with all ages. We had a big, roll-out bit of white wall paper. Circles were made with a can. Then numbers were written within the circles. Kids point at the numbers. Then we race. Connect the dots with the fingers. Then we race in different ways so that, perhaps, a fast person does it backwards starting at the biggest number and counting down. Meanwhile, the remainder of the squad counts at 1 and goes up. Other times we'll do boys count the odd numbers and girls count the even numbers and see who counts faster. Other times we'll ask the students to tap the number. Then it becomes a big twister game of sorts. 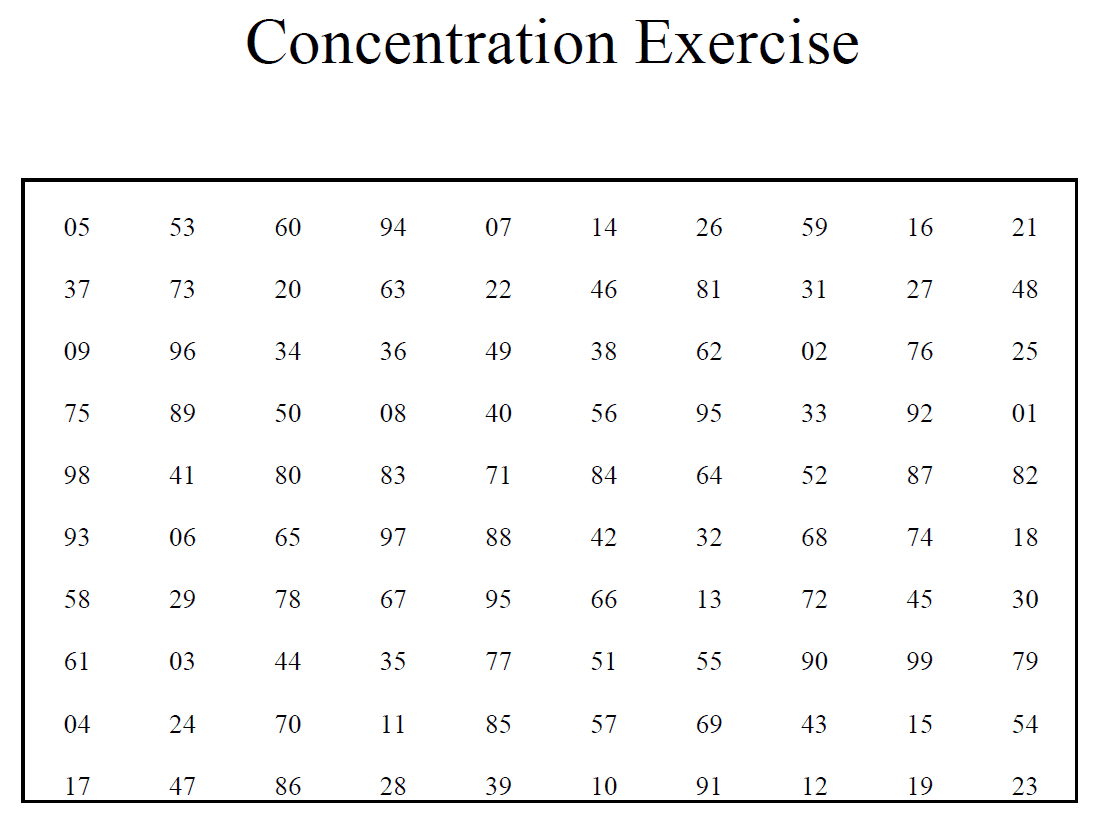