Play isn’t dead yet! We’re going to turn the tide in Pittsburgh at the swim pools.

Play is important, especially among boys.

Learning how to play well with others is a skill. It needs to be taught, modeled, practiced, reinforced, and even done under pressure so as to take others-and-ourselves out of our comfort-zones.

Generally, that's what we call COACHING, LEADERSHIP and COMPETITIONS.

Game days rock. Game days are so much FUN.

Stepping up efforts of aquatic game days helps in building wide opportunities for PLAYING WELL WITH OTHERS, safely, in an expanding network of private, public and institutional swim sites from pools to lakes.

Get your groups together -- kids and adults -- of any swimming ability. Nonswimmers are fine too.

Dr. Peter Gray outlined the five criteria of play. For an activity to truly be considered play, it must:

Let's ponder each of those points as it fits in with SKWIM, our aquatic game with two teams and the SKWIM disk.

Players choose to play or not. Then they often choose their own teams. Someone needs to divide the squads. Then they choose as to who plays where -- from goalie, defense, middle, offense, wing, etc. There is plenty of choice as to where to go. Pass or shoot too.

Play does not have an outside reward, so goes the expert's point. In SKWIM, the reward is the game, the win, the fun. With campers, to turn up the intensity, it is often announced that the winning team in the next game gets a mythical milkshake.

Rules and structure are within SKWIM. No contact with another player. Can't take the disk out of the other player's hand. No air-mail passing or scoring. Read the SKWIM rules in the lessons at SKWIM.us.

Imagination enters SKWIM with strategies and tactics. Who needs to get double coverage? Who can we pass to for advancing the disk toward the goal? What player can imagine racing to the disk and grabbing it before the others?

SKWIM play happens with an alert frame of mind on many levels. Safety of course. Play in the pool means keeping from going under and to the bottom. Being present is a big part of sport, especially a fast-paced game where quickness is expected.

When you break it down like that, much of what modern parents think of as play doesn't actually qualify. The truth is play has been gradually declining for the past five or six decades, but it seems to have come to a head in the last 10 years. According to the Child Mind Institute, American kids now spend an average of just 4-7 minutes a day on unstructured outdoor play, and elementary schools across the country are reducing or entirely eliminating recess. Play is an absolutely critical part of our youth, as it develops life skills in a way which is very hard to replicate elsewhere.

How did this crucial component of the human experience get so diminished?

The post-World War II baby boom left no shortage of potential playmates for a kid, and child labor laws passed in the late 1930s meant children could no longer be forced to toil inside factories or coal mines.

School was not the big deal it is today.

Parents were not involved. When a student went home, you were home.

The culmination of these factors created a generation where kids played for hours each and every day.

"You could go out anytime during daylight and you'd find kids playing with no adults around.

Parents shoo'd you outdoors. They didn't want you in the house—moms especially, Gray says.

Organized youth sports were still in their infancy, and if they did occur, they were a far cry from some of the ultra-expensive, ultra-regimented leagues that exist now.

In some little leagues, the biggest or most mature kid on the team often acted as the coach, and there was rarely a parent to be found down the foul lines.

The rise of television made the indoors more attractive, sure, but it was the shift in parental attitudes around school, sports and free time that really changed things.

Elementary schools (and schools, in general) began placing a greater emphasis on testing results and homework.

Sensationalistic news reports led parents to believe the world was becoming increasingly dangerous for their children, though statistics show the opposite was true.

Either way, parents became increasingly uncomfortable with the idea of their child playing around town without adult supervision, and organized sports slowly came to replace play.

As the demand for organized activities for younger-and-younger ages increased, organizations quickly met the demand.

Then it became a sort of parental duty to stay and watch.

The undercurrent: play began to be viewed, largely, as a waste of time.

Adults believed structured, adult-guided activities were of greater value to their children, so they began filling their free time.

As the commitments mounted, time for play decreased.

Instead of the idea that childhood was an idea of freedom and play and children were largely free of adults, we began feeling increasingly responsible for the children's development," Gray says.

Accompanying that idea was that children's own activities are a waste of time.

A 2018 report from the American Academy of Pediatrics confirms that play enhances:

Play is an essential part of the human experience, and a lack of play can have troubling short and long-term ramifications for children.

A major benefit of play is what's known as "risky play."

This entails engaging in play that creates some sense of fear. This often involves:

Risky play is a fundamental part of play. Children like to test their limits and innately know how much fear they can tolerate.

When they engage with fear and survive the experience, they become more:

While play in general has decreased over the last five-or-six decades, risky play has been hit particularly hard due to overprotective parents.

Playgrounds have become increasingly sterile in America — most are now devoid of equipment that allows you to confront any fear of heights or high speeds, and offer little challenge in the way of dexterity or agility.

Many swimming pools took out their high and low diving boards.

Natural selection has designed children to play in risky ways so they learn how to deal with risk. I can do this thing that stretches my physical and emotional abilities, and I can survive it. I can do it.

What you're practicing is controlling your mind and body in a somewhat fear-inducing situation.

But it's a fear-inducing situation that you can control, you put yourself there. But what you're learning is you can deal with feeling fear, you can hold yourself together. So when you experience something that produces fear in real life, it's not a new thing to you, Gray says.

Because they haven't practiced this kind of play where they're deliberately putting themselves into difficult positions and learning how to deal with that.

Continually decreasing levels of play have coincided with increases in depression and anxiety among young people.

The decline of play by Peter Gray, a TEDx Talk

Continuous decline among children and young adults in the feelings of control over their own lives.

The youth have been increasingly micro-managed and have limited chance to cut loose or follow their intuitions.

It's not an exaggeration to say a lack of play may be at the heart of increased anxiety and decreased resiliency in young people.

It's not their fault—they're simply ill-equipped to handles life's ups-and-downs.

The use of mental health services on campuses is skyrocketing.

Students are coming to college unprepared for dealing with the bumps in the road of life, Gray says.

They have all too often emotional breakdowns about getting a bad grade or having an argument with their roommate or being so-called 'bullied' by somebody. 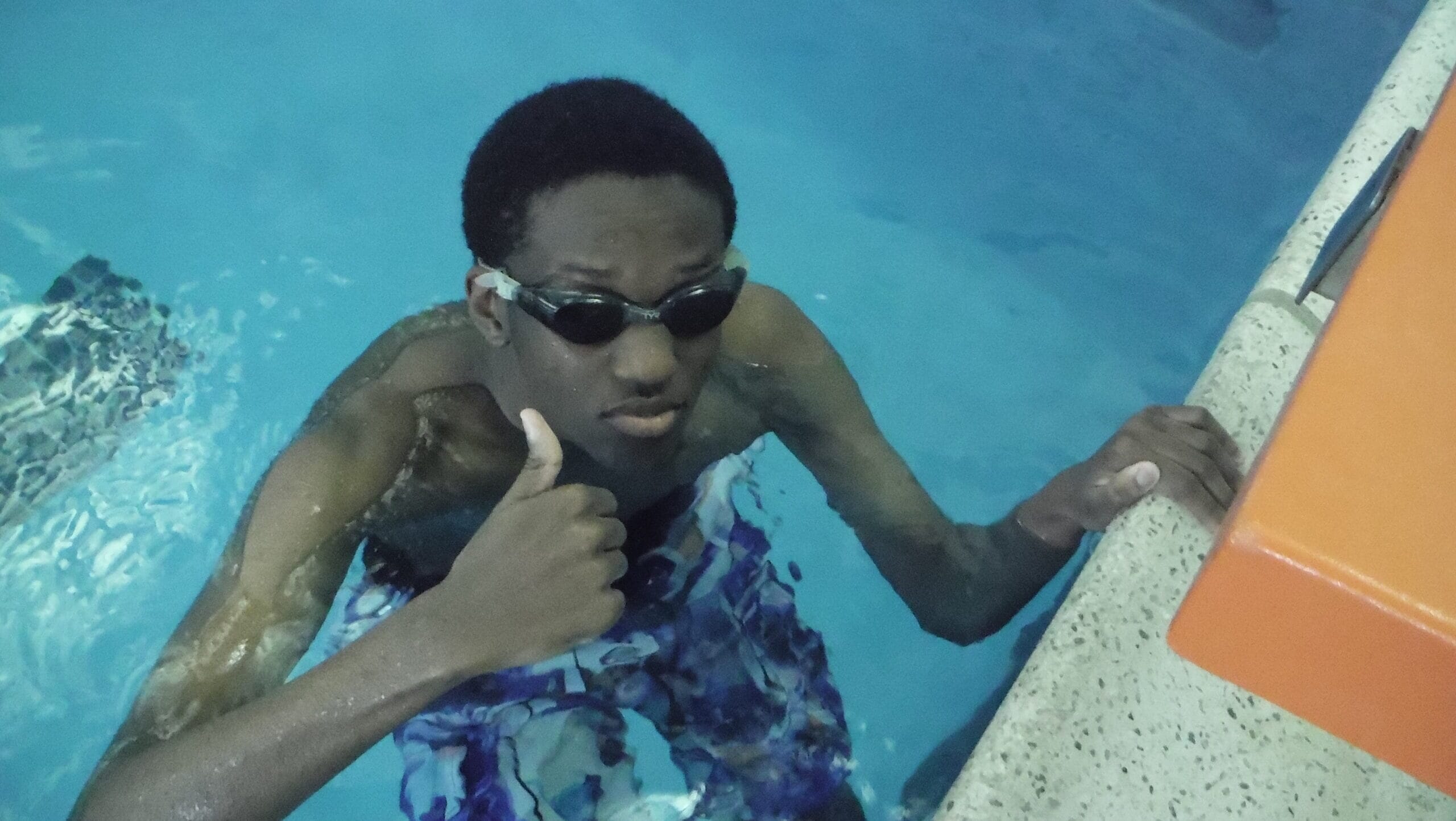 Put play back in our children's lives.

The more an adult is telling them exactly what and how to do something, the less play is taking place.

The U.S. Soccer pamphlet Best Practices for Coaching Soccer in the United States sums it up nicely: "Coaches can often be more helpful to a young player's development by organizing less, saying less and allowing the players to do more. Set up a game and let the kids play. Keep most of your comments for before and after practice and during water breaks."

Pure and true play like in the 1950s is not returning anytime soon. 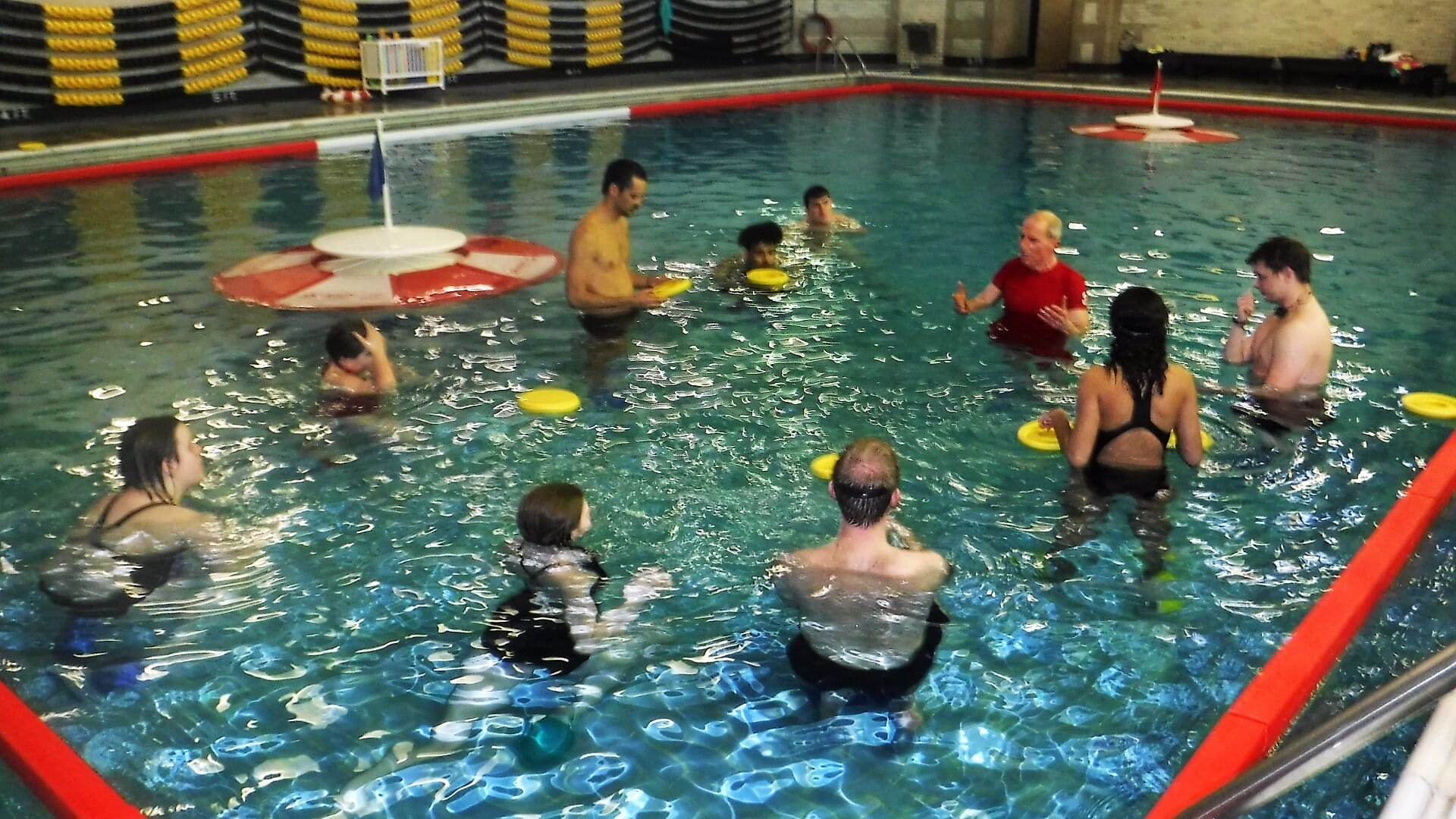 SKWIM's leader helps set up the game's framework, but then plays along with the other participants.