Bill has been the National Team and Olympic Coach for three countries, Australia, Hong Kong, and Great Britain. In Great Britain he was the guiding force in returning that country to an international power in swimming. He returned to Australia and in 2021 he got the highest honor from the NGB.

Called, "The most innovative and challenging coach ever known," said Dick Hannula. Hannula coached with Bill in both Australia and Hong Kong at their respective Institutes of Sports. "I have found that his observations and comments are a great source for all coaches."

For over 50 years of international coaching and training I felt it was vitally important to arrive on deck being the best that I could be to work with you and all other athletes in the program. Everyone earned their place in the team … I always judged my coaching and training performance: not on you but on the considered and perceived least-talented athlete in the team! This is what I considered to be my worth as a coach! I felt that I had to do this whist understanding that many opposition coaches and teams based their self-worth on the achievements of the most talented athletes on the team. The expression in the medical community is “the operation was a wonderful and complete success, however, the patient died“.

Lessons and Bill Sweetenham mentions in the Global Library for ISCA Members at Read.SwimISCA.org

Features from other sites on Coach Bill Sweetenham 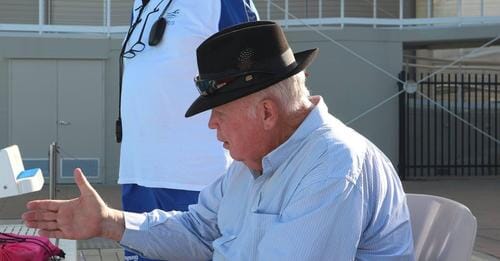 Become a member of the International Swim Coaches Association.